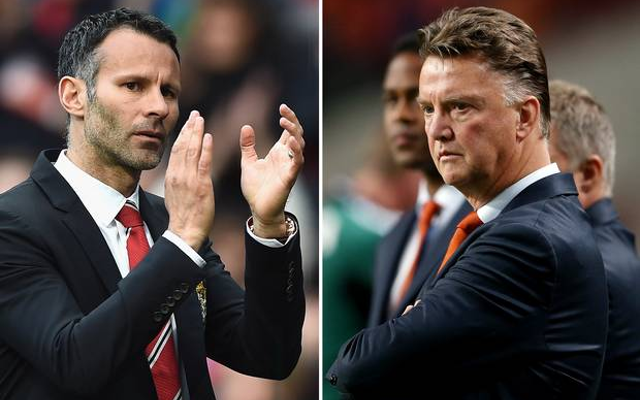 Suggestions van Gaal and Giggs have fallen out.

Mark Ogden of the Daily Telegraph has suggested that Manchester United manager Louis van Gaal may have fallen out with his assistant Ryan Giggs, following a strange incident between the two at the end of the team’s win over Newcastle United.

Ashley Young struck a late winner for the Red Devils in an unconvincing 1-0 win at St James’ Park, but while van Gaal celebrated vigorously, Giggs looked unimpressed with the manner of the win.

Ogden writes: “While the usually calm and studious Van Gaal leapt to his feet, punched the air and then tapped Giggs on the cheek with an ‘I told you we would score’ gesture, the United assistant manager remained stony-faced, staring ahead while the rest of Van Gaal’s staff and players jumped around.

“It was as though Giggs was thinking, ‘great, but you got away with it again,’ after United somehow salvaged a crucial victory from a performance marked only by the soporific possession football imposed by Van Gaal in recent weeks.”