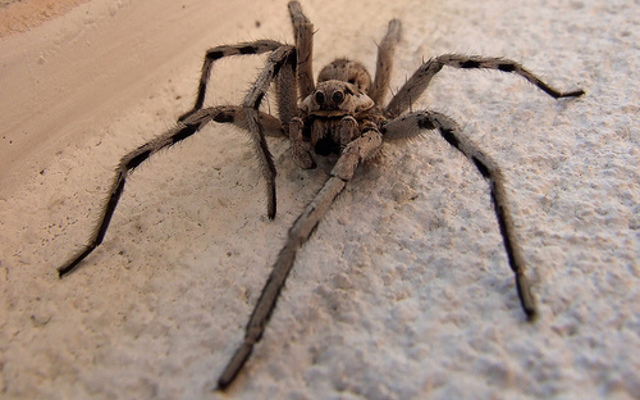 Real Madrid winger Gareth Bale, who has endured a difficult season so far after feeling the wrath of the Santiago Bernabeu Stadium for perceived selfish play, has confessed his fear of getting nutmegged in training, and of Spanish spiders.

Bale admitted that there is a lot of joking around in Real training, and that nutmegs are everyone’s fear, saying, “The one thing you don’t want is to be on the end of a nutmeg. Especially with rows of cameras. We’re always getting killed out there – I just try not to let it be me,” as quoted by The Independent.

“Whenever someone gets nutmegged, we’re all jumping and joking around. If you get ‘megged, or you go 20 passes without touching the ball, you stay in for an extra go. They’ll do anything to keep you in the middle,” the 25-year-old continued.

However, there’s one thing the world’s most expensive player confessed to hating even more – Spain’s creepy crawlies – “Spiders….terrible. I call out to somebody, anybody, to come and deal with a spider, just so I don’t have to.”