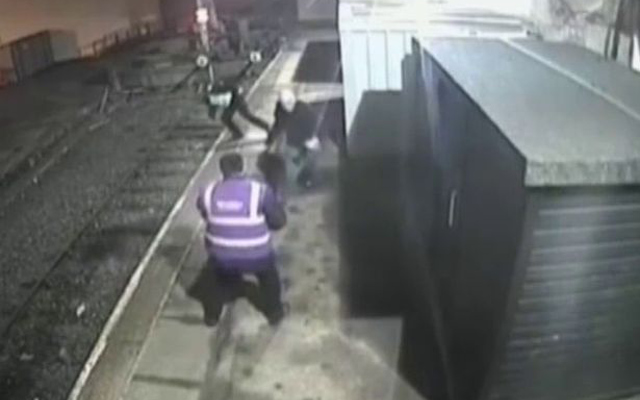 Kevin Pythian got two and a half years following incident in Manchester.

Construction worker Kevin Pythian has been sentenced to two and a half years in prison, after racially abusing a member of railway staff and pushing a female police officer onto a train track, reports the Manchester Evening News.

The drunken 32-year-old pled guilty to the altercation where he accused the ticket inspector of being part of terrorist group Al-Qaeda, before running across the train track to change platform, which forced an oncoming train to brake sharply.

Once he had reached the platform, a police officer attempted to restrain Pythian, but was pushed onto the tracks, where she received a broken finger, a gashed head, and various cuts and bruises.

His defence claimed, “Having assessed the CCTV and time to reflect, he is utterly remorseful for what he has done and totally ashamed of his behaviour.”

The incident meant that trains at Oxford Road station in Manchester had to be halted for eleven minutes.

Pythian had only recently been released from prison, having been jailed for ten years following an armed robbery in North Wales.