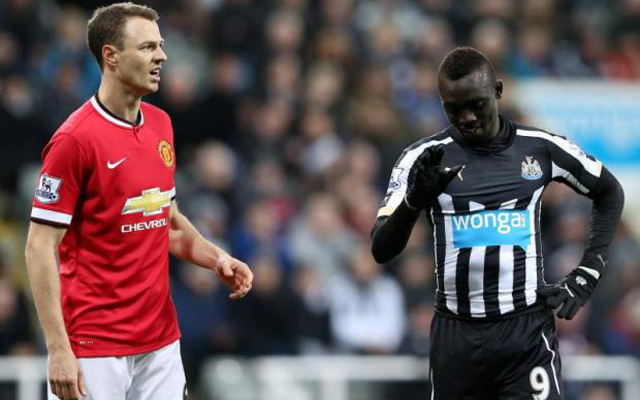 Jonny Evans and Papiss Cisse should be embarrassed, they need to stop with the excuses and start putting things right…

A night that should have been remembered for Jonas Gutierrez’s heroic return from cancer, where the midfielder came on as a second-half substitute and took the captains armband, will now be stained with the memory of two players’ childish, pathetic and vulgar act of aggression.

Manchester United defender Jonny Evans and Newcastle United striker Papiss Cisse should be hanging their heads in shame. However annoyed you might be at an opposition player, no situation ever calls for this, while the worst thing a victim can do is fight back.

Two wrongs don’t make a right, and as the footage below proves, both players are equally to blame for the incident itself. At the very least, Cisse has apologised. For Evans to have the audacity to say he didn’t do it verges on the utterly ridiculous.

You need only look at the clips to see that the Northern Irishman quite clearly targets his rival, before having the favour returned by the angry striker. BT Sport pundit Steve McManaman, who was quoted by the Daily Mirror, reasoned that he might have been aiming at the ground, but that’s pure fantasy, he knew exactly what he was doing.

Both players are facing six match bans for their actions, and frankly they deserve nothing less!