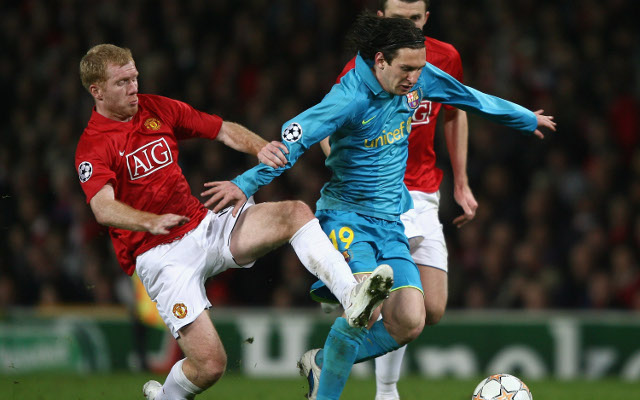 Paul Scholes is not happy with the current state of his former club.

The former midfielder cited the high expenditure from the club, reshaping the squad since Sir Alex Ferguson’s departure, and suggested that the team is far away from the reaching the summit of the Premier League, which Scholes did eleven times during his career.

“He looks really happy to be fourth but this is a club that needs to be challenging to win the league. He’s spent £150m,” Scholes said.

But the ex-England international doesn’t believe that van Gaal is entirely responsible for the perceived downfall of the club, that failed to qualify for any European competition last season.

United currently sit in fourth in the Premier League, just two points ahead of Liverpool, and critics of the club this season would say that their current standing is something of a false position, given the less than exciting football on show. Scholes has expressed his dislike for van Gaal’s style of play, and doesn’t believe that just scraping a top-four spot should be celebrated.

“He’s not obsessed with possession but it is a very obsession based game and what we’ve been used to over the years is not what we are getting – and we probably won’t get that. It’s not great to watch but you have to say they are winning games.

“Not finishing fourth is not good, but to me not challenging for the league is not enough,” he concluded.