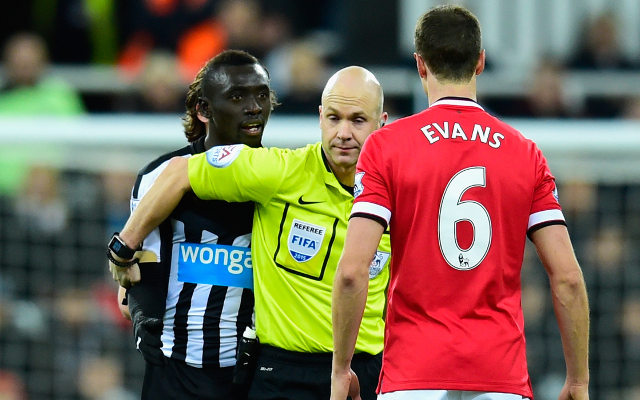 Both players have now spoken out of the spat.

Newcastle United striker Papiss Cisse has issued an apology over the incident with Manchester United’s Jonny Evans, stating that he immaturely retaliated to the spitting from the Red Devils defender.

Cisse’s statement, posted Thursday afternoon, reads as follows, “I have apologies to make to a lot of people today. Firstly to my teammates and to our supporters, secondly to Jonny Evans, and thirdly to every football fan who saw the incident between myself and Jonny,”

“I reacted to something I found very unpleasant. Sometimes it is hard not to react, particularly in the heat of the moment. I have always tried hard to be a positive role model, especially for our young fans, and yesterday I let you down.

“I hope children out there playing football for their clubs and schools this weekend will know better than to retaliate when they are angry. Perhaps when they see the problem it now causes me and my team they will be able to learn from my mistake, not copy it.”

Jonny Evans has also spoken out over the clash – and unlike the Magpies forward, the Northern Ireland international has claimed his innocence.

It remains to be seen whether the FA will opt for retrospective punishment – with the pair facing a six match ban.