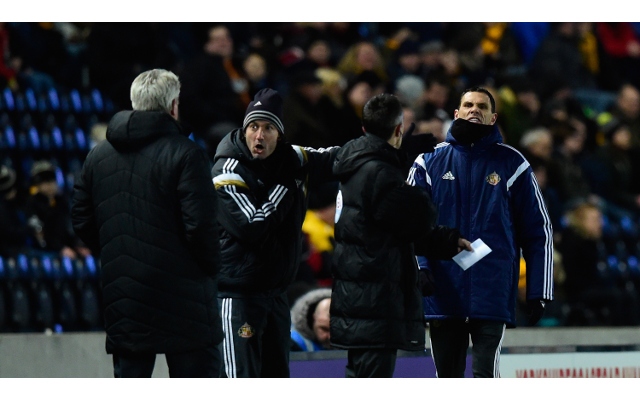 Gus Poyet was sent to the stands before it kicked off with the Hull boss.

Sunderland manager Gus Poyet has been charged by the FA, for his part in a row with Hull City boss Steve Bruce, reports BBC Sport.

The incident happened in the 35th minute of the game between the two clubs at the KC Stadium on Tuesday. Poyet was dismissed to the stands by referee Mike Dean, before getting involved in an altercation with the former Manchester United defender, and later kicking a water bottle carrier on his way from the technical area.

The Hull boss – who had to be restrained by a linesman, as well as some of his own coaches – has been written to by the Football Association, reminding him of his responsibilities.

Poyet had been unhappy with the decision to book midfielder Jack Rodwell for apparent simulation. Rodwell later scored the equaliser in the second half, to cancel out Dame N’Doye’s opener for the Tigers in a 1-1 draw.

Poyet has until 6pm on Monday to respond to the charge.