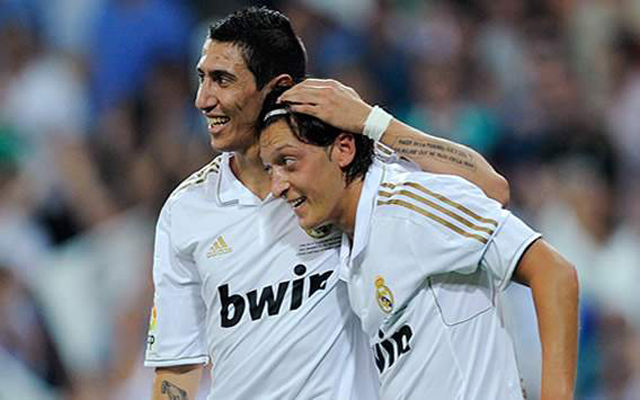 If there’s one thing we’ve learned over recent years with big-money transfers, it’s that money doesn’t guarantee success. To play in the Premier League requires a special kind of quality, a strength and determination that many European players have been lacking in recent years.

Angel di Maria, Mesut Ozil, Roberto Soldado – these are just three La Liga imports who have struggled desperately for form since their respective arrivals at Manchester United, Arsenal and Tottenham Hotspur. They are all quality players, as the combined £125m transfer fee will tell you, but they just haven’t been able to adjust to playing in England.

If we look specifically at Di Maria, then his case is particularly baffling. Last summer, coming off the back of leading Real Madrid to their tenth European crown, and almost carrying Argentina to a third World Cup success, he was the toast of the continent – his value through the roof.

Despite interest from Paris Saint Germain, he joined Manchester United for a club record £59.7m. The first, and most obvious issue, was the culture shock. Playing in Spain is not dissimilar from playing for Portugual – as he did for Benfica – while the language is used widely in South America.

Manchester is very different. The cold weather, the language, or the ‘environment’ as Louis van Gaal puts it, could all be having a negative effect, while a break-in at Di Maria’s home earlier this year is unlikely to have gone any further to easing his anxiety.

Of course, Van Gaal isn’t much helping matters, regularly rotating his team and trialling Di Maria in seven different positions. A similar, albeit a less extreme issue can be seen at both Arsenal and Tottenham – ‘how do we adapt to get this guy to play how he did before?’

He’s also not been helped by those around him. Despite being dubbed United’s ‘worst player’ by the Daily Mirror during Wednesday’s game against Newcastle United, he needs the likes of Radamel Falcao and Robin van Persie to be fit and firing to bring out his best form.

It’s here where the differences become more apparent – Costa is not only determined and passionate, he is also an old fashioned, no-nonsense centre-forward. Despite the Premier League’s best attempts to adopt a European flavour in recent years, there is no escaping our routes.

Di Maria, Ozil and Soldado might all find their feet in the Premier League eventually, given time, but until they do, it’s the more astute managers – willing to take a chance on a bargain buy rather than a big name – who are more likely to reap the rewards of life in the top flight.