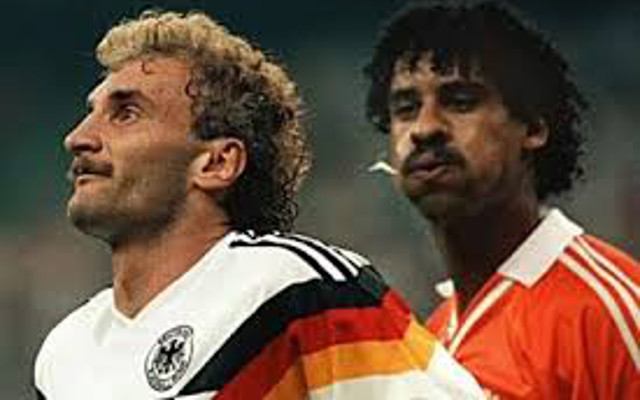 Manchester United’s Jonny Evans and Newcastle United’s Papiss Cisse were seen spitting at each other on Wednesday evening. They are not the first footballers to be seen doing this.

Here are five other occasions that players spat on others, including a former Arsenal captain and Lionel Messi…

Perhaps the most famous incident of spitting from a footballer ever, Rijkaard repeatedly spat on Voller throughout the hotly contested match between Holland and Germany. Earlier in the match the Dutchman had spat, and then when the pair were sent off he went and did it again!