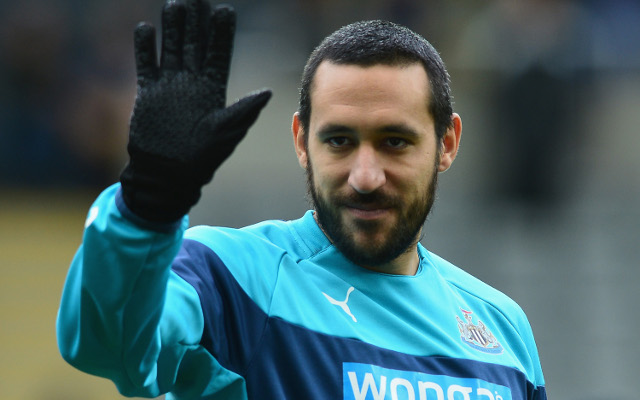 Here is how Twitter reacted to the St. James’ Park comeback…

Jonas Gutierrez is coming on. John Carver smiled as he told him the good news. Standing ovation here. #NUFCvMUFC

Standing ovation for Jonas Gutierrez as he comes on at St James’ Park 11 months after being diagnosed with testicular cancer. Lovely moment.

The other great happiness of the night was seeing @elgalgojonas on the pitch! Qué alegría verte en el campo crack!! pic.twitter.com/kSOFEeoil1

Amazing to see this man back on the pitch @elgalgojonas #nufc pic.twitter.com/UKnowGlfo3

Absolutely over the moon to see @elgalgojonas back on that football pitch, what a guy he is ??????

Congratulations to Jonas Gutierrez, who is making his first #NUFC appearance since beating testicular cancer! pic.twitter.com/QAG1IY0Ulk

What a lovely moment as Jonas Gutierrez comes on and is given the armband by Coloccini.

Jonas Gutierrez is such an amazing inspiring guy. Glad they gave him the armband when he came on too! ? @elgalgojonas