Pachuca drew 1-1 in Montreal and are out of the CONCACAF Champions League.

After drawing 1-1 against Montreal in Canada, Pachuca are out of the competition on away goals following a 3-3 aggregate draw.

Pachuca became more adventurous as the game wore on, with boss Diego Alonso knowing they needed a goal to progress.

In the 80th minute they finally got their breakthrough when German Cano scored from the spot.

However, the drama came deep in added time when Montreal’s Cameron Porter broke free, nutmegged Pachuca ‘keeper Perez, and rolled the ball into an empty net – sparking a pitch invasion from the Canadian team’s staff and subs.

It was only the third time an MLS team has beaten a Mexican side in knockout football. 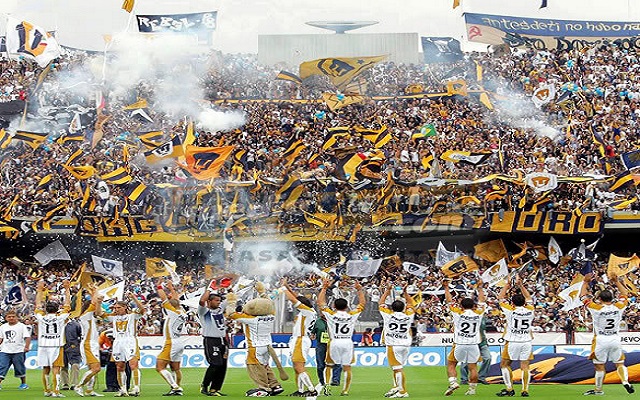