Former Tottenham Hotspur midfielder Kevin-Prince Boateng has been linked with a sensational summer transfer to Arsenal.

The only thing more sensational than Boateng’s potential switch from Schalke to the Gunners is his girlfriend Melissa Satta.

Italian-American television presenter Satta, 29, is one of the hottest football WAGs of all time. Don’t believe us? Check out these 15 photos… 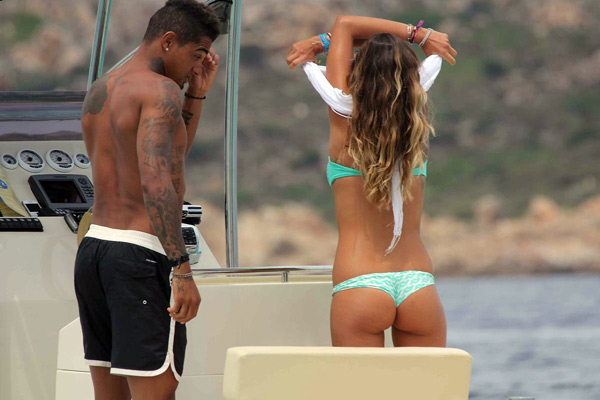