Ospina is not widely loved by Arsenal fans, but the stats show that he should be. The ‘keeper has the best save percentage in the league since becoming Arsenal’s number one.

Ospina’s save percentage of 84% puts him clear of Pantilimon (80%) and Fabianski (74.4%), and well ahead of such big names as Joe Hart, Simon Mignolet, and Hugo Lloris. 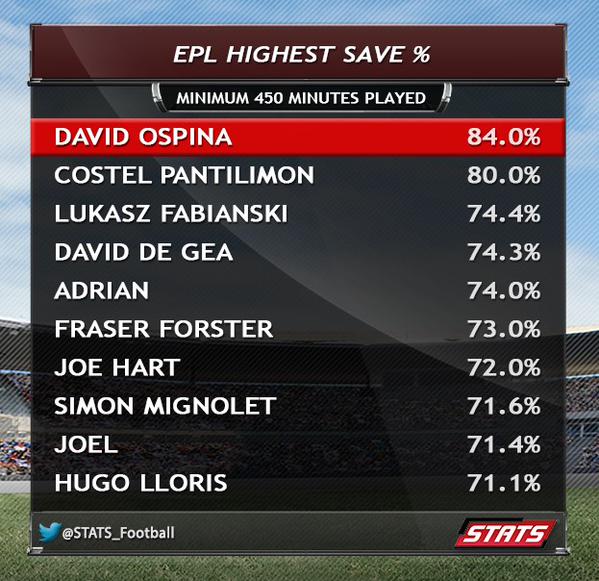