Opta have published some new stats…

However, while Chelsea and City have both taken more from teams in the bottom half (2.50 and 2.47 respectively), Liverpool only have the 11th best record, with a miserable 1.73 per game.

Check out all the teams below: 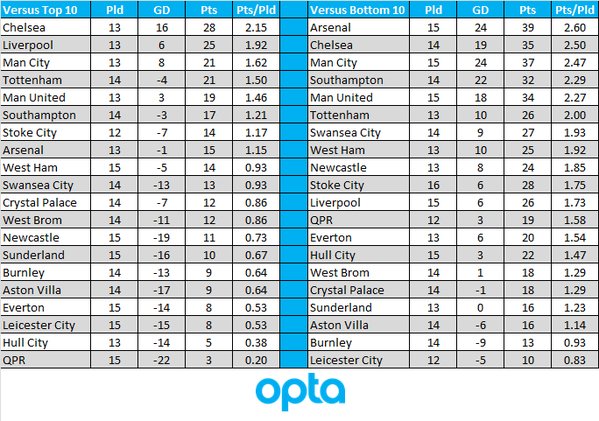