Who are the greatest teammate pairings?

Who are the greatest teammate pairings in the Premier League era?

New research has looked at the teammates who have played the most games together. Gerrard and Carragher (382) top the list, just ahead of Scholes and Giggs (358), and Lampard and Terry (351).

There are some surprise inclusions – would you have put Kevin Nolan and Jussi Jaaskelainen (300) in fifth, or Leon Osman and Tim Howard (245) just outside the top 10? 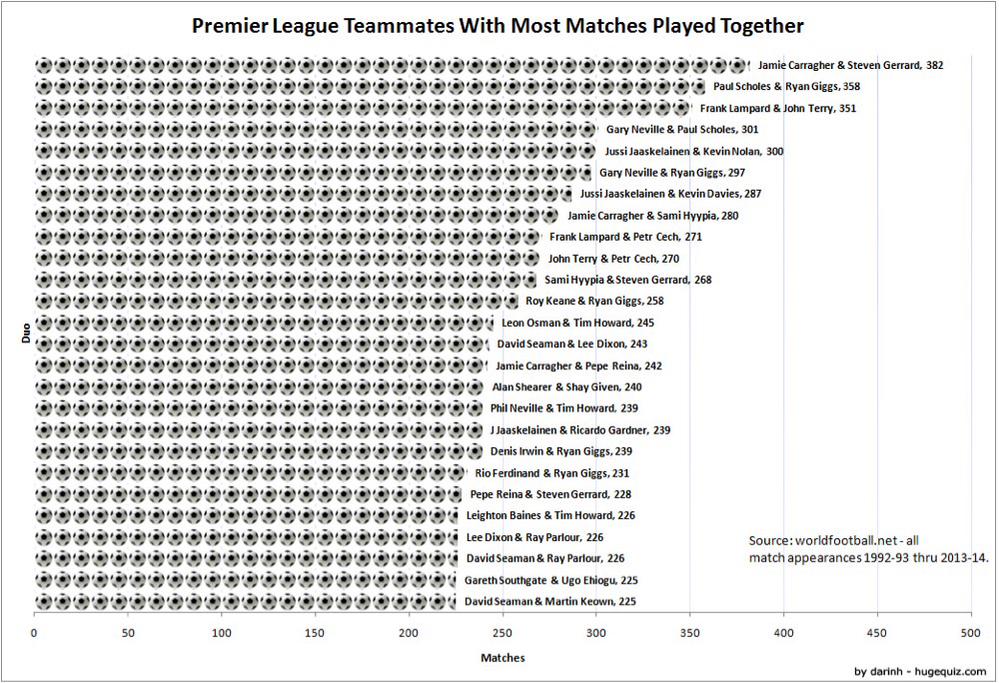