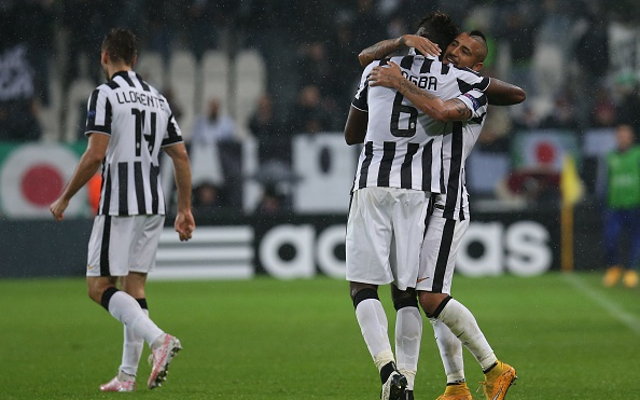 Red Devils tipped to land Serie A star this summer.

Manchester United could be set to sign Juventus midfielder Arturo Vidal for as little as £14m this summer, according to the Daily Mirror.

The Chilean international was strongly linked with a move to Old Trafford for much of last summer, but remained in Turin for the 2014/15 campaign.

Still, Vidal has suffered a dip in form this season and a number of injury problems, meaning Juventus could now let him go on the cheap at the end of this season, with United still thought to be interested in his services.

The 27-year-old could be a good addition in midfield for Louis van Gaal’s side, who have also been chasing big names such as Kevin Strootman and Juve team-mate Paul Pogba.