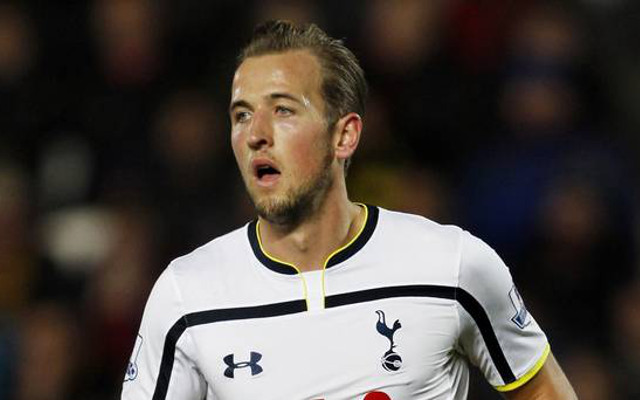 Does Harry Kane deserve a place in the England squad? The striker has been in fine form so far this season…

Harry Kane’s place in the next England squad, which is set to be named later this month, has been cast into doubt by manager Roy Hodgson, who has seemingly backtracked over his previous comments regarding the Tottenham Hotspur striker.

The 21-year-old has scored 24 goals in all competitions so far this season, and was all but guaranteed his England debut when Hodgson spoke out last month, but his place now seems far less of a certainty.

Hodgson, who was quoted by Sky Sports, explained that he’s inclined to stick with his current squad – who have inspired a 100% start to qualifying. He explained: “Kane is ready; if he wasn’t ready, he wouldn’t be playing for Tottenham Hotspur in the Premier League and scoring lots of goals.

“The factors that always are taken mostly into consideration is has the player got the quality, and the talent we are looking for and is there a space for him because we have other players too.

“Often if someone like Kane is going to come into the squad, then someone is going to drop out and up until now most of the players that we’ve had, at least in the forward area of our squad, have done quite well for us during the autumn, so you can’t include everybody unfortunately.

“We can just about deal with a squad of 23, 24 players, so it’s not always a question of are they good enough to be in there. It’s more if there is space at this moment in time. That’s the most important consideration.

“He’s in my thoughts of course, he deserves to be scoring goals for one of our top teams in the Premier League. It would be strange if he wasn’t in my thoughts, but it’s a player I know anyway because he has done a lot of good work for the U21s and I know all of those players and what pleases me most is that these young players now get a chance to play.

“I am delighted for him and we will see when I select my squad at the end of the month whether he is in it or not.”