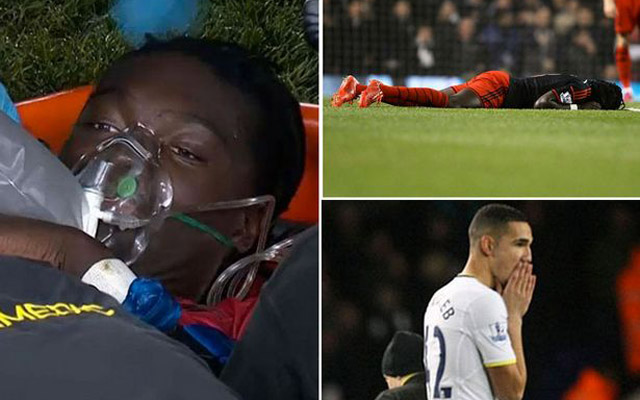 Veteran Tottenham Hotspur goalkeeper Brad Friedel admitted that he feared the worse when he saw Swansea City striker Bafetimbi Gomis collapse on Wednesday evening. The striker collapsed during the early stages of the Swans’ 3-2 defeat against Spurs.

Gomis left the pitch on a stretcher and was given an oxygen mask, while paramedics and medical staff rushed to check on him. It was a difficult moment for all those present, with Friedel admitting that it brought back memories of Fabrice Muamba, who was struck down three years ago.

The American stopper, who was quoted by the Daily Mirror, said: “It went through everyone’s mind. Anyone who was at that game probably thought the worst immediately. It’s not normal for someone to be standing there and collapse and you know it’s going to be something serious.

“But after a minute or so the word got back, so that’s why you didn’t see the panic on the players’ faces because everyone knew he was all right. It was something that had to be dealt with, of course, but it was nothing in the stratosphere of what went on with Fabrice.”

Gomis has since reported that he’s been ‘feeling well’, why Swansea have revealed that the player has fainted during games in the past. However, his speedy recovery has been met with a sense of relief among his teammates.

Swansea goalkeeper Lukasz ­Fabianski added: “When you see something like that you don’t think about the goal, you just pray everything is OK with your team-mate.

“Hopefully, he’s all right now.It was a shocking moment, especially because it’s the same ground where something similar happened before. Those things go through your mind.”