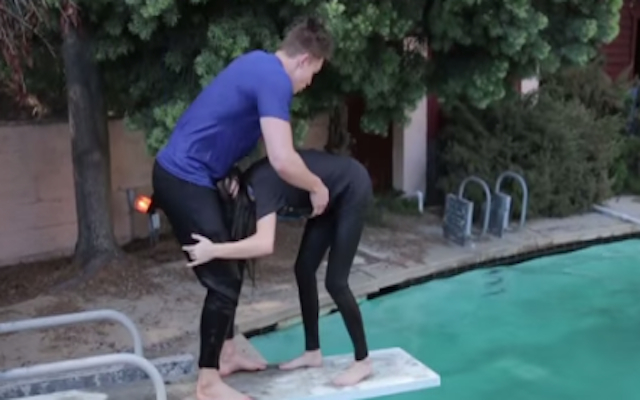 Check out the brilliant video here!

When WWE fan Joe Weller found out his lovely girlfriend didn’t like his Superman shirt, he did what most people would do and performed a bunch of finishing moves on her.

Weller’s girlfriend was on the receiving end of a smorgasbord of piledrivers and suplexes, all for our own entertainment.

Now Weller has uploaded a video featuring a number of fails and uptakes from the making of the hilarious skit.