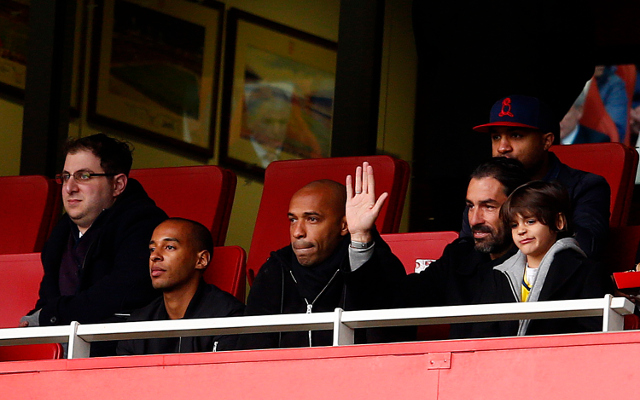 Theo Pires will be looking to follow in his father’s footsteps.

Seven-year-old Theo Pires has become the latest son of a former footballer to join the Gunners, after Brooklyn Beckham’s well publicised stint with the club’s Hale End academy.

While it is too early to think about, Pires Jnr will be hoping he can live up to the name that has now legendary at the Emirates.

The France international spent six years with Arsene Wenger’s side, competing – albeit briefly – in a Champions League final, winning the FA Cup three times, and the Premier League twice – including as part of the Invincibles of 2003/04, who went the entire league unbeaten.

And while injury played its part in Pires’s time at the club, he showed exactly why Wenger spent £6m on the former Marseille midfielder, winning the Football Writers’ Player of the Year in 2002.

After a spell away with Villarreal, Pires returned to train with the club in 2010, but no return was ever finalised.

Arsenal Invincible says Liverpool have had “luck” during unbeaten run and PL is weaker than it used to be February 1, 2020 18:37
Liverpool FC

“I can’t see who would trouble them”- Liverpool backed to go unbeaten in the Premier League February 1, 2020 7:18
Liverpool FC