Do YOU love Messi as much as she does?

Ukrainian actress Nataliya Kozhenova has taken her love for Barcelona ace Lionel Messi to the next level by getting a GIANT tattoo of the 27-year-old across her chest.

In a shocking pledge of love, she has not revealed why exactly she has decided to go ahead with the motif, but has claimed that she is not worried about the ink ruining her chances of being cast in future productions. 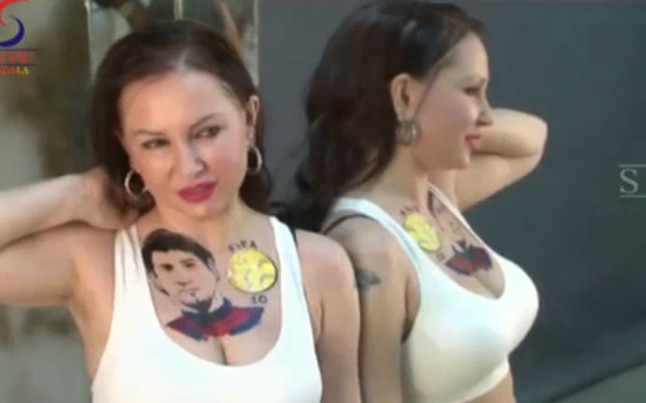 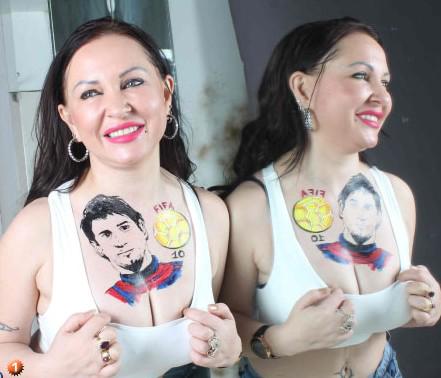