Blues frontman pays a visit to his old team-mates.

Chelsea striker Diego Costa took some time off to pay a visit to his old club Atletico Madrid this week, with a short video showing him welcomed back at the Vicente Calderon on Marca.

The Spanish international only left Atletico in the summer for his £32m move to Stamford Bridge, but clearly remains a popular figure at the club after forming part of one of their most successful sides last season. 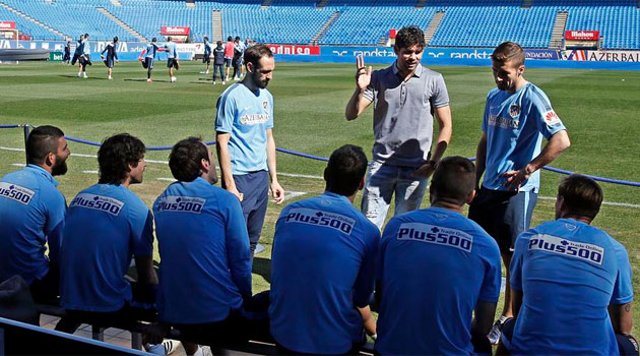