Who will book a place in the semi-final?

This weekend’s FA Cup quarter final is a huge game for both Man United and Arsenal.

With United under serious pressure for a top four spot, Louis van Gaal knows an FA Cup medal might be the only way for him to secure his job next season.

Meanwhile, Arsenal are the current holders, and a second consecutive title would ease the growing calls for Arsene Wenger to stand down at the end of the campaign.

But who is the most likely winner? The form guide points to just one team… sorry Arsenal fans. 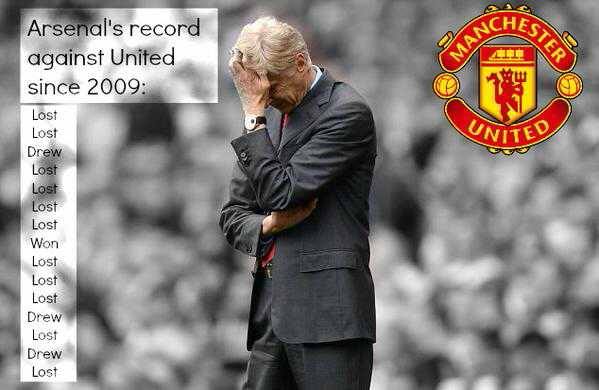