So close, yet so far…

We’ve all been there, praying for a goal, corner, or save to make sure your potentially big payout gets over the line.

This Spurs fans must be feeling particularly aggrieved…

He had a 60/1 bet on Spurs to beat Swansea 3-1 on Wednesday, with Nacer Chadli to score the first goal. Unfortunately, he was 1 minute from his bumper payout when ex-Spurs man Sigurdsson scored an 89th minute consolation goal for the Swans.

We think it’s fair to say he won’t be getting a good reception next time he’s back at The Lane! 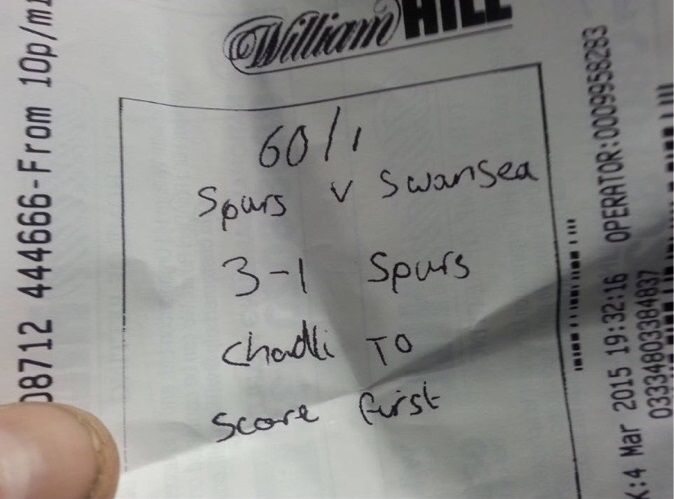