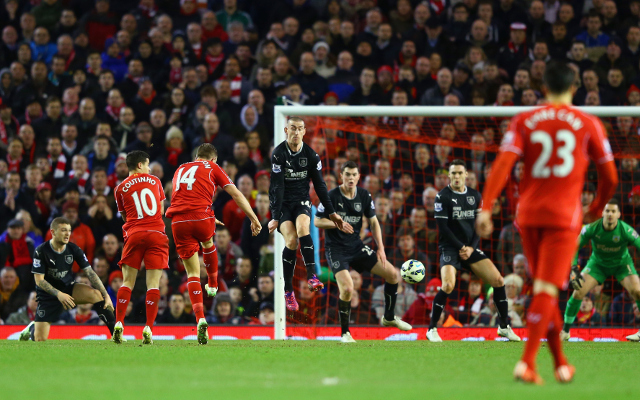 Jordan Henderson has yet to sign the extension offered in November.

Liverpool manager Brendan Rodgers remains defiantly confident that the club’s stand in skipper, Jordan Henderson will sign a new deal, and commit his long-term future to the Anfield side, reports the Telegraph.

“I know Jordan Henderson wants to be here at Liverpool. I’ve got no qualms about that. We’re trying to build something here, so Jordan knows the importance of his position here within the team. I hope he’s seen how he’s improved as a player in the last two-and-a-half years and he will want to continue with that improvement,” Rodgers explained.

Doubts have surfaced over whether the 24-year-old would extend his stay beyond the end of his current deal, which expires next summer, having stalled over signing a contract worth £80,000 a week, which has reportedly been on the table since November.

He has also been subject to interest from Spanish giants Barcelona, who will be to once again sign players by the time the former Sunderland man’s current deal expires.

The 24-year-old moved to the club in 2011, and despite a slow start, has become a firm favourite with the Kop, even being touted as the ideal replacement for outgoing captain Steven Gerrard, who joins LA Galaxy in July.

He has auditioned for the role in recent weeks, leading the side as they extend their unbeaten run – which now stretches back to December – as the former England skipper has been out with a hamstring injury since the victory over Tottenham last month.