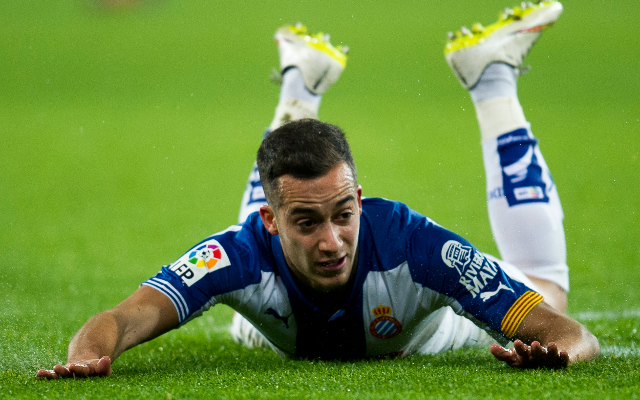 Liverpool have joined the race to sign Real Madrid midfielder Lucas Vazquez, according to the Daily Express.

Vazquez is currently on loan at Espanyol, and a deal is in place to allow the winger to sign on a permanent basis. Liverpool have reportedly made their interest known to the youngster however, who may now decide to move to Anfield in the summer instead.

The Spaniard has made 19 La Liga appearances for the Catalan club so far this season, scoring two goals.

Should any club offer around £7m for the player, then Madrid manager Carlo Ancelotti will allow him to discuss terms with whichever team he prefers.

Vazquez is the second midfielder based at the Bernabeu to be heavily linked with Brendan Rodgers’s side recently, with World Cup winner Sami Khedira continually rumoured to be on his way to the Premier League. With his Real contract due to expire in the summer, the Reds are likely to face competition from Arsenal for the German’s signature.