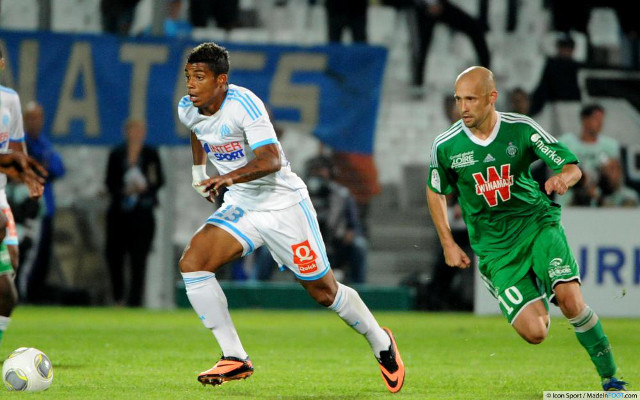 Le TFC might have taken some joy from the OM teamsheet on Friday evening when they saw the Franco-Gabonese defensive-midfielder in defence, but the 21-year-old demonstrated his class in an unfamiliar position.

Facing a defensive crisis, Marseille coach Marcelo Bielsa was forced to play midfielder Mario Lemina at right-back for Friday’s Ligue 1 clash with Toulouse. However, he will be delighted with what he saw.

With Rod Fanni and Brice Dja Djedje both suspended, and Nicolas Nkoulou injured, OM are down to the bare bones in defence. Left-back Jeremy Morel is being forced to play in the centre alongside the inexperienced Baptiste Aloe, while Lemina is being asked to step in on the right side.

However, based on his performance in the 6-1 victory over Toulouse, coach Bielsa need not go through too many sleepless nights worrying about his deficiencies at the back.

Lemina delivered an outstanding showing from right-back, giving no hint that he was playing in an unfamiliar role and belying his relative inexperience.

According to WhoScored, he made six tackles, completed four interceptions and cleared the ball on four occasions.

Even when French international Fanni and Ivory Coast stopper Dja Djedje do return, they may have to settle for spots on the bench.