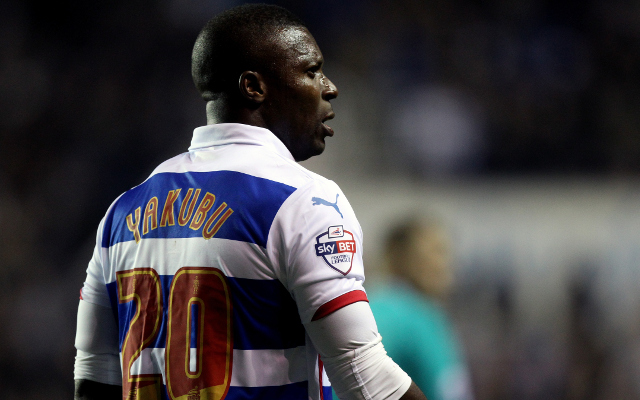 Reading striker Yakubu has attempted to end the speculation about his actual age, by confirming that he really is 32, according to the Sun.

The Nigerian has developed a reputation as something of a journeyman during his career, already having played for twelve different clubs since 2002, and subsequently leading to questions about how old he truly is, but the former Portsmouth frontman laughs off any doubts.

“If I was lying I don’t think I would be playing now. I would be retired already.

“It does not bother me. There is nothing I can do about. Kanu had it as well. I just laugh about it,” he explained.

Reading take on Bradford in the quarter-final of the FA Cup this weekend, for a chance to play at Wembley in the last four of the competition, and Yakubu has some unfinished business that he’s looking to put right.

He missed out on the 2009 FA Cup Final with Everton, having ruptured his achilles tendon the previous November, and had to watch the Toffees narrowly miss out on the claiming the trophy for a sixth time.