As Man United swept to their famous ’99 treble, Ryan Giggs was on top of the footballing world. Along with Beckham, Keane, and Scholes, he formed part of a midfield that struck fear into opposing defenses.

Giggs and Scholes were always considered the ‘quieter’ ones. While Beckham modeled and partied with Spice Girls and Keane went on one-man career-ending rampages, the other two kept their heads down and acted like model pros.

The illusion was smashed in more recent times after revelations about nefarious incidents with his brother’s wife.

Looking at the picture below, perhaps we should have seen it coming? He was a champagne charlie all along! 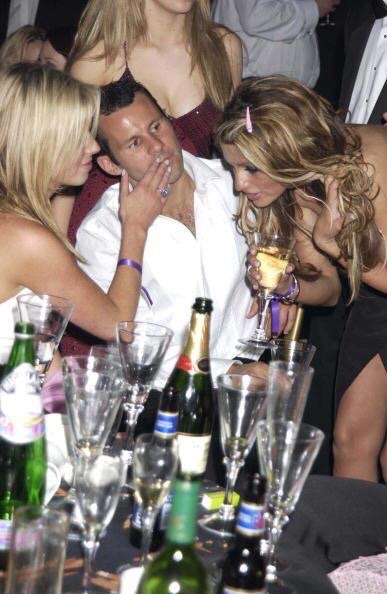