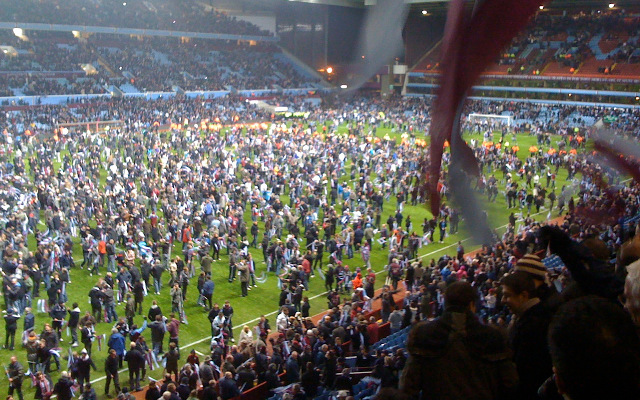 A tense FA Cup clash between Aston Villa and West Bromwich Albion almost ended controversially, as the ecsatic home fans invaded the pitch with just minutes to play in.

Things heated up after two controversial red cards, with Jack Grealish sent off for diving.

The game was suspended momentarily as the fans flooded onto the pitch, but thankfully they were soon dragged off.

Check out the videos below: