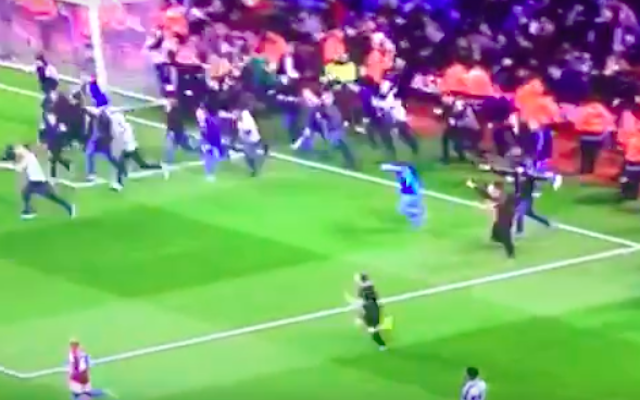 Look at him go!

Usain Bolt has nothing on the linesman for the Aston Villa, West Bromwich Albion FA Cup quarterfinal who showed some serious pace once fans started pitch invading.

Presumably fearful of getting involved in any scraps with the unruly Villa supporters, the match official legged it as soon as trouble looked like it was brewing.

And credit it to him, he’s rapid. Maybe he saw this Villa fan coming for him…

Check out his incredible pace in the video below: