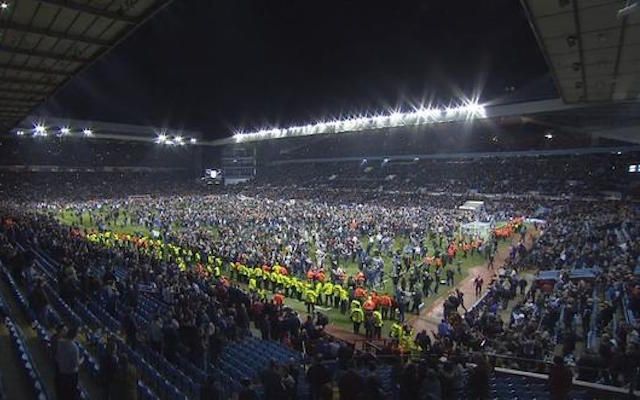 Final whistle scenes detracted from what was an enjoyable game.

Tim Sherwood has guided Aston Villa to their first FA Cup semi-final since 2010, but the occasion will no doubt get overshadowed by the ugly scenes which followed the final whistle with Villa fans storming the pitch and some confronting the West Brom players.

In what was a dull first half with very little action, the second half was everything a cup tie is based on, dodgy refereeing decisions, missed chances and more importantly, goals.

Did today see a return to the 1980s, in terms of the unruly, potentially dangerous crowd…?

Fabian Delph set the ball rolling early on in the second half after finishing emphatically from a lovely piece of play by Charles N’Zogbia who weighted the pass perfectly. After signing a new long-term contract and assuming the captaincy in Vlaar’s absence, Delph is Villa’s driving force.

West Brom almost replied immediately but Joleon Lescott somehow missed with the goal gaping which brought in interesting reaction from his boss Tony Pulis. With the chance falling on his head and not his feet, Lescott will be disappointed with the finish.

With the game evenly contested, Anthony Taylor set the debates into overdrive after he send of Claudio Yacob for what seemed a legitimate challenge and brought about an emotional reaction from the West Brom players – understandably.

Five minutes before full-time, Sinclair finished the tie off as a contest after his individualistic counter attack brought about a wonderful goal which brought Villa fans onto the pitch momentarily – a sign of things to come.

Anthony Taylor was then again at the centre of another debate after deciding to send off Jack Grealish for what appeared to be a dive, handing the youngster his second yellow card of the game.

The real controversy and what will dominate the back pages happened post match as the Aston Villa fans stormed the pitch in their drones with some seeming engaging in altercations with West Brom players.

Tim Sherwood was visibly upset at what transpired, before making a quick dash down the tunnel on a day when celebration was meant to be the main aim.