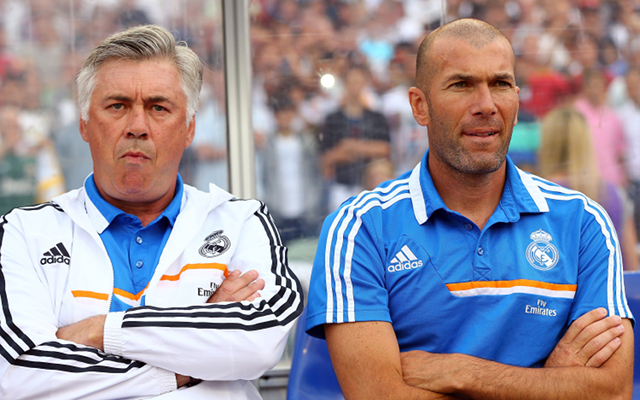 Real Madrid could appoint Zinedine Zidane as their manager next season if Carlo Ancelotti leaves the Bernabeu to take over at Manchester City, according to Fichajes.com.

The Italian coach has been linked several times with a return to the Premier League, having impressed in a brief stint in charge of Chelsea between 2009 and 2011.

Zidane has worked as assistant to Ancelotti, and is also in control of Real’s youth team this season, having been tipped for the top job at some point in the future.

With Ancelotti’s situation in Madrid looking increasingly uncertain, it could be that the former France midfielder makes the step up to management sooner than expected.