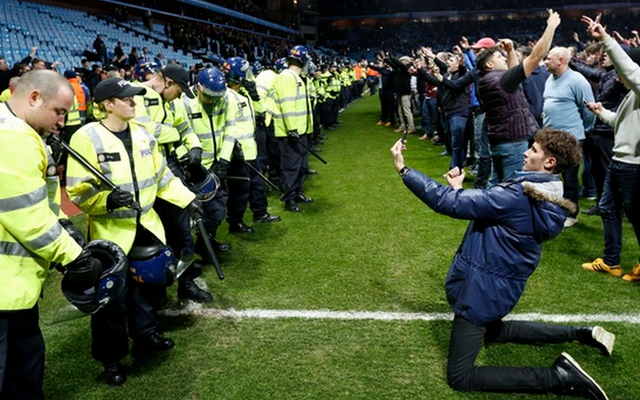 Yesterday was almost a great day to be an Aston Villa supporter, as Tim Sherwood’s men beat local rivals West Bromwich Albion 2-0 to reach the semi-finals of the FA Cup.

Unfortunately, Villa’s footballing success was overshadowed by the stupidity of a large group of fans, who stormed the pitch in stoppage time and then again after the final whistle.

Many fans probably thought this was ‘cool’ or perhaps even ‘hard’ of them, but these photos say otherwise…

“@lgl_15: AVFC #pitchinvasion #mental pic.twitter.com/hs9BDNAf8f” lol that guy at the back