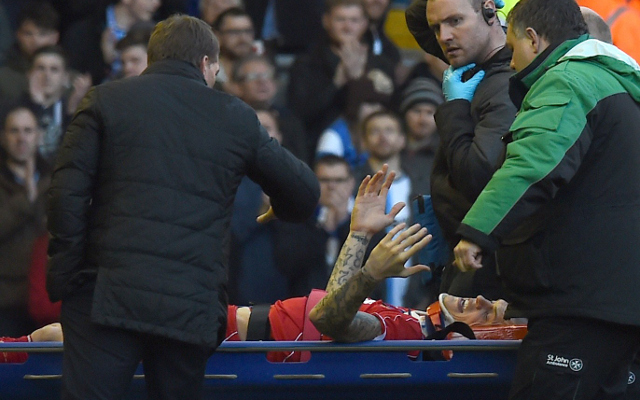 Skrtel stayed down after a clash with Blackburn’s Rudy Gestede.

Liverpool defender Martin Skrtel has been stretchered off within the opening minutes of their FA Cup quarter-final clash against Blackburn.

The centre-back stayed down for a long period of time, after hitting the Anfield turf hard following an aerial challenge with Rovers striker Rudy Gestede.

The promising news came as Skrtel, who seemed relatively motionless straight after the fall, gave the crowd a thumbs up as he left the pitch.