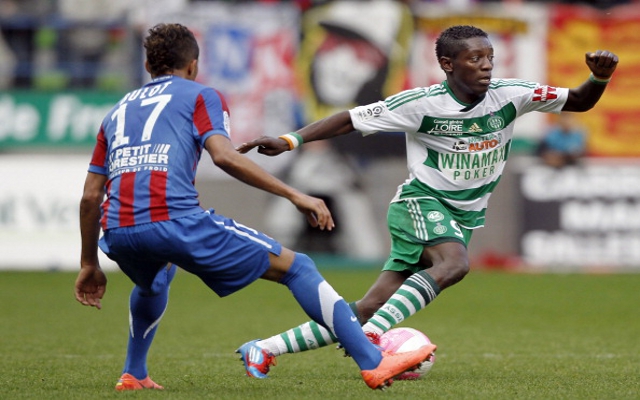 Saint-Etienne beat Lorient 2-0 in Ligue 1 to keep the pressure on fourth-place AS Monaco in the hunt for European football.

Both teams looked evenly-matched for the majority of the contest, but the turning point came when Didier Ibrahim Ndong was given a red card after picking up a second booking.

Loic Perrin rattled the bar soon after as ASSE looked to make the most of their numerical advantage.

Lorient’s luck didn’t last, however, and a deflected Mollo effort gave the home side the lead.

As Lorient sought an equaliser, they opened up at the back, and Gradel made it 2-0 with a late strike on the break.