She used to go out with Real Madrid star Cristiano Ronaldo…

Former WAG Gemma Atkinson has revealed that her life has been changed by her new lover Olly Foster, reports the Daily Mail.

The 29-year-old thinks that the personal trainer has helped to keep her in shape, and stopped her bad habits.

She said: “I work out five times a week. I go to bed at nine as I need to be up at five to go to the gym before work. ‘In the past, I’d still have been drinking at that time. It’s great Olly’s into fitness. He’s educating me. I feel more confident now than I’ve ever done.”

The pair were seen together in Manchester, looking happy together while walking arm in arm. See the picture below… 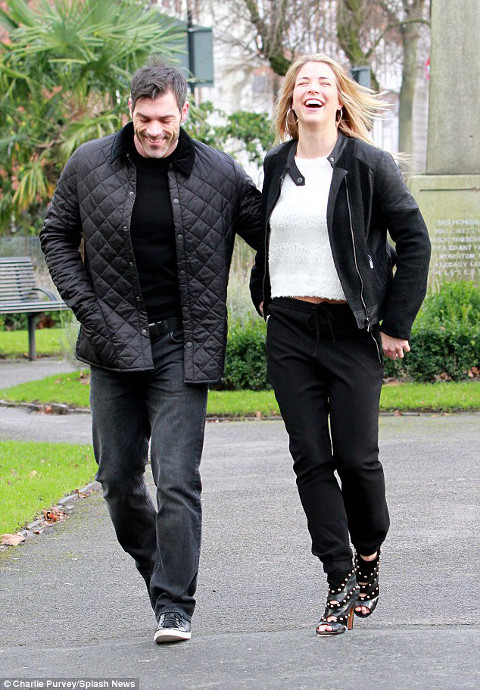