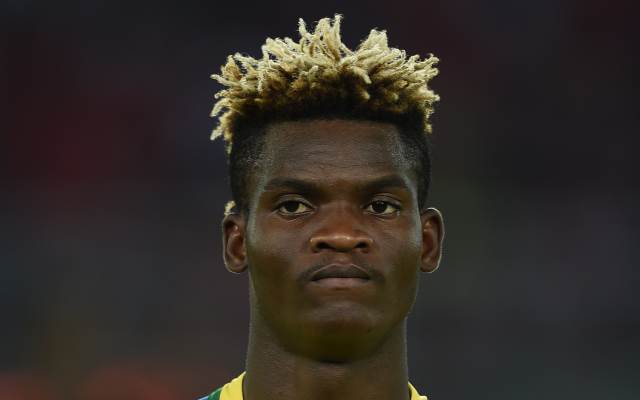 Ibrahim Didier N’Dong is enduring a tricky start to life in France having swapped CS Sfaxien for Lorient during the January transfer window.

It was always going to be tough for Ibrahim Didier N’Dong to make the step up from Tunisian football to the French top flight after making his move to Brittany at the beginning of 2015.

As he demonstrated against Saint-Etienne, the Gabonese midfielder is struggling with the physicality and the pace of Ligue 1.

Typically so tidy and neat in possession when playing for the national side or his club side in North Africa, N’Dong was trusted with a starting berth for the first time against ASSE.

He was often hassled when in possession, losing the ball regularly and becoming increasingly frustrated.

His frustrations eventually boiled over as he was shown a second yellow for one foul too many on 67 minutes with the scores tied at 0-0.

Saint-Etienne went on to take the initiative in the match and ran out 2-0 winners.