The snap, involving the free agent, was taken in London less than 24 hours after Barcelona playmaker Messi, helped his side go back to the top of La Liga, after they demolished Rayo Vallecano 6-1 at the Nou Camp, and Messi helped himself to the record-breaking 24th hat-trick of his league career.

It wouldn’t be a surprise if Morrison asked the maestro for advice, as huge question marks hang over his own career. Glimpses of the 22-year-old’s talent led to him being touted as a star of the future, but disciplinary problems led to his departure from Upton Park earlier this season. But Morrison will have the opportunity to get his career back on track when he joins Italian club Lazio in the summer. 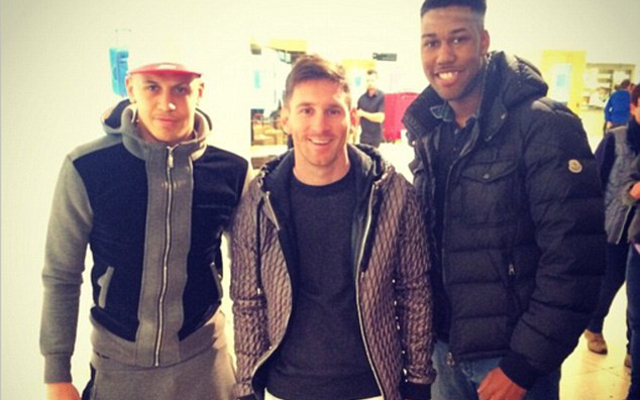