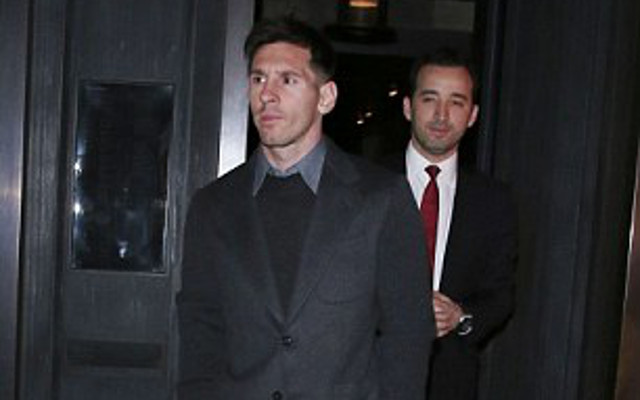 The close friends meet up again after the weekend’s football.

Chelsea midfielder Cesc Fabregas and Barcelona superstar Lionel Messi met up in London on Sunday for a double dinner date with their WAGs at the Colony Club Casino Bar.

Messi brought girlfriend Antonella Roccuzzo to the exclusive bar, with Fabregas taking his other half Daniella Semaan.

The Argentina captain arrived in the city off the back of breaking Athletic Bilbao legend Telmo Zarra’s hat-trick record, netting his 32nd of an incredible career.

Meanwhile, the Spaniard was enjoying a weekend off, with the Blues having been knocked out of the FA Cup, and will next take to the pitch in the Champions League second-leg against Paris Saint-Germain on Wednesday night.