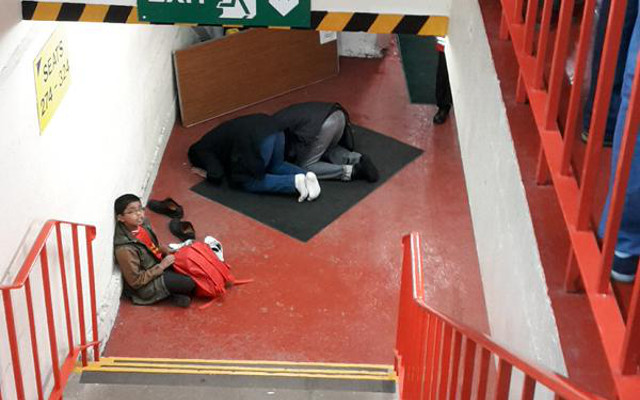 A Liverpool fan has sparked fury on Twitter by condemning a group of Muslim supporters for praying at Anfield during their goalless draw with Blackburn Rovers on Sunday.

Muslims praying at half time at the match yesterday #DISGRACE pic.twitter.com/6sl8bZHnAY

Users reacted angrily to the offensive comments, and rightly put the fan straight back in his place.

@RyanMcTrippy @stedoddnew you root for several Muslim players who pray before and during games, you raging bigot.

@stedoddnew whys it disgraceful? Several liverpool players are Muslims and pray before and during the game?? Dick

“@stedoddnew: @stedoddnew this is what’s wrong with liverpool football club” yeah. Arseholes like you support the club.

@stedoddnew Have to disagree mate, scum like you are what’s wrong with the club.