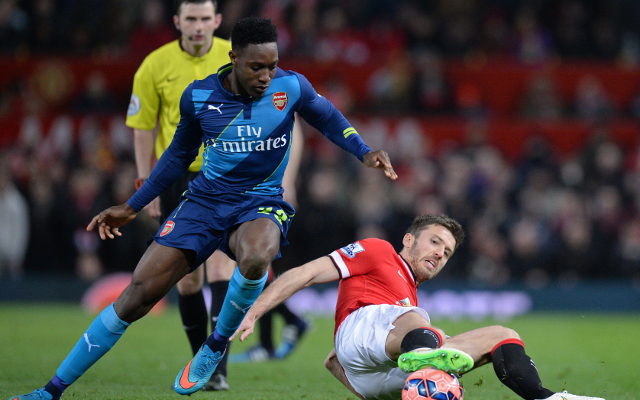 Antonio Valencia has been at the centre of both Arsenal goals.

Arsenal’s Danny Welbeck put the Gunners back in front in their FA Cup quarter-final clash with Manchester United, but only after a gift from United’s Antonio Valencia.

With seemingly little pressure, Valencia played an awful back pass which was too short for De Gea to come and claim, allowing the former United striker Welbeck to take the ball around the Spaniard – and silence Old Trafford in disbelief.

The full-back has arguably been at fault for both goals, having left Nacho Monreal unmarked for Arsenal’s first in the first half.