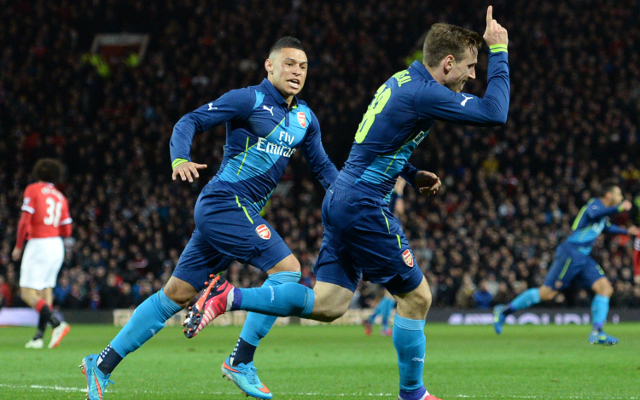 Monreal scored only his second goal for Arsenal on Monday night.

Arsenal left-back Nacho Monreal has been one of the club’s most consistent performers since the turn of the year leading to his sensational display at Old Trafford against Man United in the FA Cup quarter-final.

Monreal was brought back into the side after a back problem kept him out of the Premier League encounter at Loftus Road against Queens Park Rangers, and the Spaniard picked up from where he left off prior to his injury.

Following the debacle at Southampton on New Years Day, Monreal and Francis Coquelin have been two of Arsenal’s most consistent performers and the former Malaga man has put that down the trust shown in him by the manager.

“This season I have played more games than last season but I think last season when I didn’t play enough, I didn’t play really well. This season, the boss has shown more confidence in me and I am always very happy that I can help the team and try to play as well as possible.”

Kieran Gibbs looked on from the bench and the two are embroiled in an interesting battle for the left back spot as Monreal bids to regain his place in Spain’s international squad.