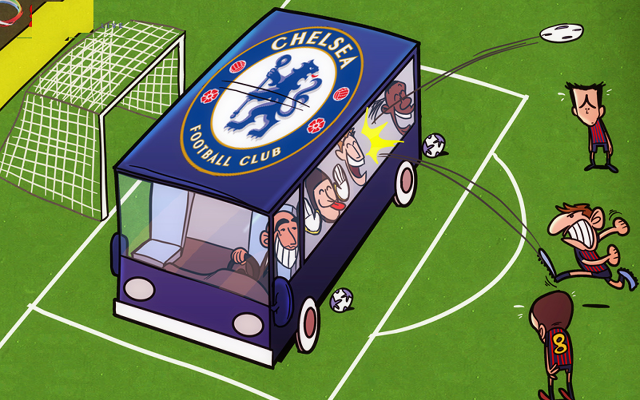 Jose Mourinho has become infamous for his defensive tactics…

The Stamford Bridge boss has become infamous for his willingness to shut games down rather than take the risk of conceding dangerous away goals. However, his former charge doesn’t think that will work against the array of talents that the Ligue 1 giants will have at their disposal.

After a 1-1 draw in the first leg of the tie the Blues know that they need just a goalless draw to go through, while PSG know they have to score at least once. Luiz is not the only ex-Mourinho man to be taking part for the Parisians, with Zlatan Ibrahimovic also having played under the 52-year-old at Inter Milan.

The Brazilian said: “I know how Jose will prepare for this, he will be telling the boys to be patient and hit us on the counter attack. He knows that we need to score and that they don’t, I know that is his way.

“We must be careful because I know that Chelsea have the ability to hurt on the counter attack, but they must be careful as well. To sit back and just defend against Zlatan, Cavani and Lavezzi can also be very dangerous, so it is not just us who have to be careful.”