The former Chelsea head-coach is facing the axe and will be in demand.

Real Madrid are ‘seriously considering’ sacking Carlo Ancelotti and as crazy as that sounds, it wouldn’t come as a huge surprise given how the Spanish giants have treated managers in the past – Fabio Capello being relived of his duties weeks after delivering the La Liga title springs to mind.

Should this transpire, chief Executives of the top Premier League clubs will no doubt have a decision to make about their managers with the lure of having a credible and trophy delivering figure such as Ancelotti at the helm an obvious attraction.

Here are four realistic destinations in the Premier League for Ancelotti. 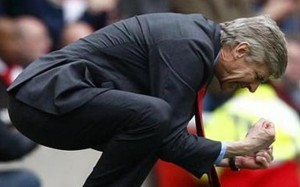 Ancelotti once revealed that after being sacked by Chelsea, he waited for a year in London hoping for a position and Arsenal to become available (via Sky Sports). Three years on, the Italian might get the hot-seat especially given the negative energy surrounding boss Arsene Wenger at the Emirates Stadium. The legendary boss has received the most evident during his reign and could walkaway if the dissent continues.