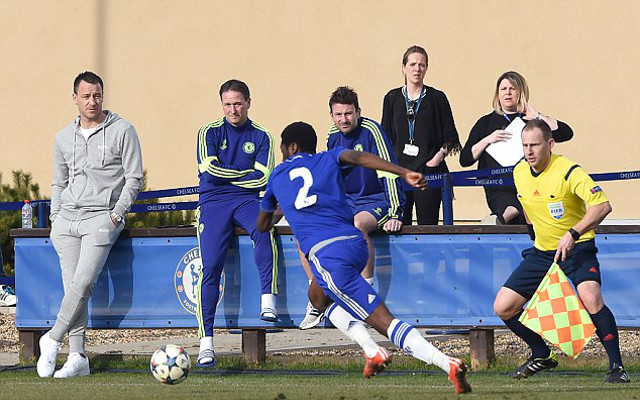 Blues legend keeping a close eye on the youth of the club.

Chelsea captain John Terry watched on from the sidelines as the Blues U19’s beat Atletico Madrid 2-0 to go through to the semi-finals of the UEFA Youth Cup.

Picture courtesy of the Daily Mail.

The youngsters will face either Manchester City or AS Roma in the next round, thanks to an own goal from Atletico’s Fran Manzanara and a late goal by Chelsea’s Dominic Solanke.

Stamford Bridge legend Terry decided to watch over the game after finishing training with the first-team ahead of their Champions League last 16 second-leg with Paris Saint-Germain.

Terry should feel inspired before the clash on Wednesday night.