Daniel Sturridge has been out partying.

Daniel Sturridge has been been snapped on the town with One Direction heartthrob Louis Tomlinson.

Tomlinson, who once played for Doncaster Rovers before trying to buy the club, might have been pestering the England forward for a few moves.

Can we expect to see the patented ‘wiggly arm’ routine on the next One Direction tour?! 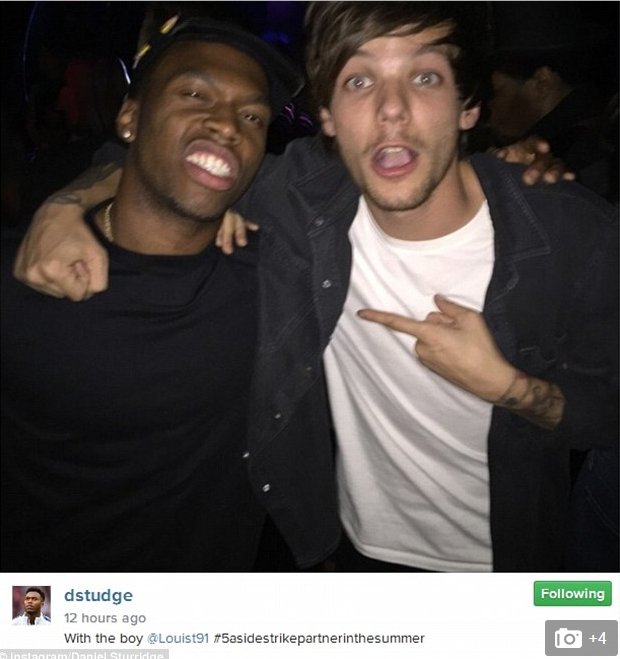