We all know Man Utd fans are from London, but what about LA Galaxy fans?

The US is a vast country, meaning the 20 MLS sides each have a much larger catchment area than the 20 EPL teams.

Despite that, some teams have crossed borders and transcended local popularity.

Check out the map below to see which states support which teams: 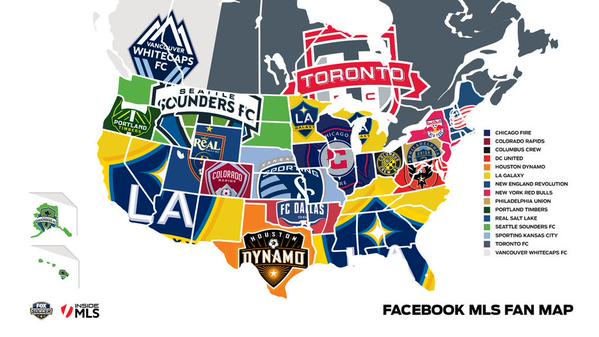