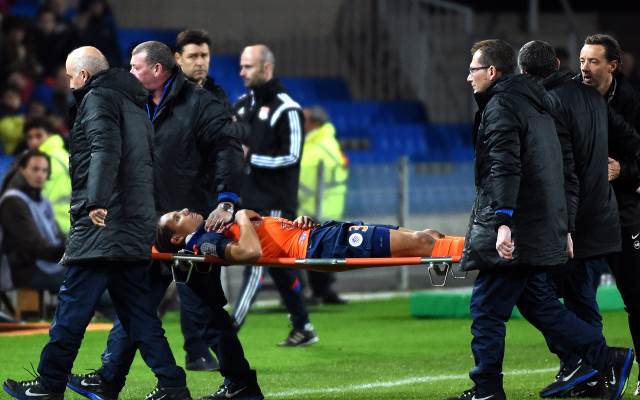 The Montpellier defender is not set for a lay-off after being replaced on a stretcher during MHSC’s weekend defeat to OL.

Montpellier Herault have confirmed that defender Daniel Congre is not set for a spell on the sidelines following the injury he suffered against Olympique Lyonnais at the weekend.

The versatile stopper was removed on a stretcher in the 62nd minute of the Ligue 1 match on Sunday with a back injury, when the scores were still tied at 1-1.

However, following his departure, the floodgates opened for the home side as Lyon went on to record a convincing 5-1 victory. Alex Lacazette and Nabil Fekir both bagged braces for the table-toppers, while Corentin Tolisso also found the net.

It initially appeared Congre would be set for an absence, but Montpeller [via their official website] have revealed that the defender has not suffered serious damage and “should return to training quickly.”