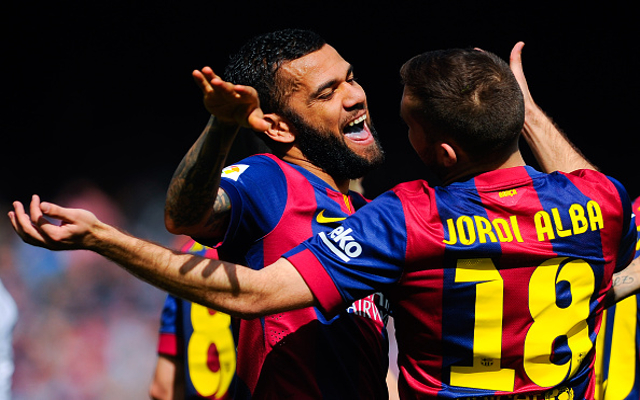 Liverpool continue to track Barcelona’s Dani Alves as Brendan Rodgers looks to bring in an effective replacement for exit bound England man Glen Johnson according to the Daily Star.

The 31 year old Brazilian will see his Nou Camp contract expire in the summer and is, unsurprisingly, the subject of growing interest with Man United said to be the favourites to land the hugely experienced right-back.

However Anfield boss Brendan Rodgers has not given up hope of landing the former Sevilla man, who has been a huge success since moving to the Catalan outfit back in 2008.

Johnson seems likely to leave Liverpool when his contract at the Merseyside outfit expires and no doubt fans of the Premier League side would see Alves as a more than adequate replacement.

Alves’s agent, Dinorah Santana, has publicly spoken of his client’s imminent move to a new club but hasn’t confirmed the identity of the full-back’s likely employers.

“We are close to signing with another club, we are in advanced conversations.”